Carbs get a bad rap, but are they evil?

No, the problem is we eat too many, way too many of them.

By Carbs I’m referring to anything that either contains sugar of some sort, has had sugar added to it or rapidly converts to sugar in your body. The latter includes bread, cereal, and grains. Most Americans eat some sort of grain with every meal, which is where the problem lies. A little grain here and there won’t be an issue, but chronic over-eating of grains, sugars, and starchy carbs will eventually cause health issues. Most of you know that Type 2 diabetes is caused by eating too many foods that convert to glucose when ingested, so the easy fix is to eliminate all sources of glucose from your diet. This doesn’t mean you can never eat a doughnut again, but until you have recovered from the many chronic illnesses excess glucose can cause you need to remove all sources from your eating program. 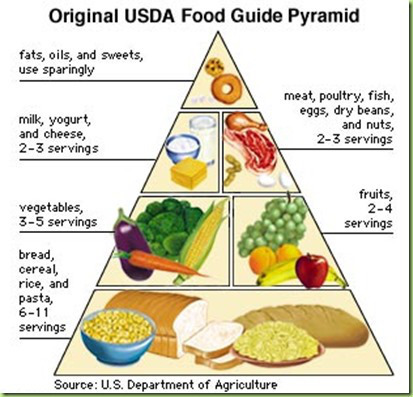 In the U.S. people have been told for over 40 years that a proper diet begins with lots of grains, a little protein, and even less fat. But we are getting ever more obese from this diet with no end in sight, and the government, the FDA and American Heart Association and other groups are still pushing grains as heart-healthy, and that fat is bad for you. It hasn’t worked for 40 years, so why do they perpetuate this misinformation??

Recently, many studies have come out which show that the high carb diet causes a lot of medical issues, including cardiovascular problems. Of course this exactly the opposite of what we’ve been told – eating a diet high in grains is heart-healthy. Some of the many issues caused by chronic high carb diets include Crohn’s and Celiac diseases, Irritable Bowel Syndrome, leaky gut, low-level inflammation, brain fog, lethargy, hormonal and thyroid problems.

How did we get here?

Back in the 1950’s researcher Ansel Keys did a study looking at how various cultures ate. He looked at Eskimos, African Tribes, and many others. He then took the data and made it look like higher fat or meat-based diets caused heart issues and that those with a more vegetarian/vegan diet lived longer and had fewer health problems.

However, Keys had an agenda. He was biased toward vegetarianism and cherry-picked the data to make the results support his views. His peers called him out on it, but he got to the media, and they jumped all over it (just like they do today). He was able to convince the FDA to support his faked data, and they published guidelines to get people to reduce fat and protein and increase their grain usage.

Current research shows Keys was fabricating his data and we now know that eating healthy fats is good for you and improves heart health, brain function, leaky gut and many other diseases caused by eating a high carb diet. Healthy fats include fats from meat, fish and fish oil, avocados, coconuts, etc.

Carbs are not inherently bad we just eat way too much of them and not all the adverse effects can be seen. The inflammatory issues caused by excessive grain consumption affect how the gut and brain function and more evidence points to a high carb diet as the primary cause of dementia and Alzheimer’s. In fact, when people with Alzheimer’s were taken off grains and fed a high-fat diet, their symptoms decreased or went away entirely! Alzheimer’s is now being referred to asType 3 Diabetes. People with diabetes are ten times more likely to develop Alzheimer’s than those who don’t have diabetes and both groups have high levels of insulin resistance. Insulin resistance is the inability of the body to clear glucose from the blood system and into storage in cells and the liver. Over time it gets more difficult for your body to clear the glucose from the blood system so it has to dump more and more insulin to get the job done. Over-time this leads to metabolic syndrome, obesity, and Type 2 Diabetes.

When the brain can’t use the glucose, energy levels decrease which makes it harder to clear proteins that lead to amyloid plaques and neurofibrillary tangles. These plaques and tangles cause the brain shrink, kill off and break the communication links between neurons, all of which lessen the ability of the brain to function correctly.
When people with Alzheimer’s have changed to a ketogenic diet, their insulin resistance goes down (they are better able to process glucose), and their brain starts to function better because it can use the ketones as fuel. Typically, brain function improves rapidly when fats replace carbs in the diet.

Alzheimer’s is one of many health issues that can be improved when switching to a ketogenic diet. Keto is very neuro-protective, and researchers are finding that adults and kids with ADD/ADHD or who have autism do much better on a ketogenic diet.
https://www.ncbi.nlm.nih.gov/pmc/articles/PMC2367001/